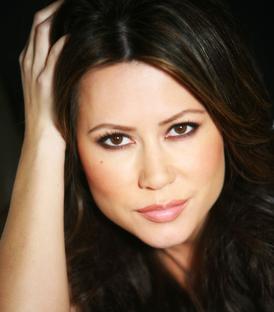 Betty Nguyen is an award-winning journalist whose work has taken her across the globe. Her warmth, compassion and ability to ask the tough questions have established her as a trusted news authority covering some of the most important events of our time. Nguyen has interviewed countless newsmakers and celebrities, including the Dalai Lama, President George W. Bush, Sir Richard Branson, Lenny Kravitz, Willie Nelson, Dolly Parton, Charles Barkley, Sheryl Crow and Christian Louboutin, among many others.

Nguyen joined NBC News in 2013 as the anchor of Early Today on NBC, First Look on MSNBC, a correspondent for the Today Show and fill-in anchor for Weekend Today. ​​

In her roles, Nguyen covered the 2016 Presidential election, the Zika outbreak, the Brexit vote, the terror attacks in France, the Ebola outbreak, the missing Malaysia planes, the Boston Marathon bombing, the war in Syria, the election of Pope Francis, the birth of Prince George and the death of Nelson Mandela.

She is also a contributor to the Today Parenting Team, a multi-platform community where she shares her experience as a working mom. Prior to that, Nguyen was news anchor for CBS This Morning Saturday, anchored the CBS Morning News, was an anchor and correspondent for The Early Show.

Nguyen joined CBS News in March 2010. While there, she covered the 2012 Presidential election, the 2011 earthquake in Japan, the death of Osama Bin Laden, the Royal wedding, the Arab spring and 2010 Gulf oil spill.

In 2012, she took on the additional role of serving as Special Correspondent for Entertainment Tonight, reporting celebrity news and covering the People’s Choice Awards.

Before joining CBS News, Nguyen anchored the weekend edition of CNN Newsroom. She began her career at the network in 2004. Her contributions to the coverage of Hurricane Katrina and the 2006 tsunami in South Asia garnered CNN Peabody and Alfred I. duPont awards. Nguyen also anchored the network’s coverage of major news events, including the earthquakes in Chile and Haiti in 2010, Pope Benedict XVI’s first papal visit to the United States in 2008, the Virginia Tech shooting in 2007, the death of Pope John Paul II in April 2005, the London bombing attacks in July 2005, the Iraqi elections in January 2005 and the June 2004 handover of sovereignty to Iraq.
​​
Nguyen traveled to Constitución, Mexico in 2009 to cover Hurricane Jimena. In 2008, she reported from Texas during Hurricane Ike. Also that year, she went undercover in Myanmar for a series of exclusive reports exposing a lack of aid following Cyclone Nargis, which killed more than 140,000 people. Nguyen traveled to Africa in 2007 to cover the presidential elections in Sierra Leone, the political and economic crises in Zimbabwe, and apartheid-era prosecutions in South Africa.
​
In September 2005, Nguyen reported and anchored from the Houston Astrodome, where thousands sought shelter after Hurricane Katrina. Later that month, she went on assignment in her birth country of Vietnam to cover the deadly flooding caused by annual monsoons.

Before joining CNN, Nguyen was an anchor at KTVT-TV, the CBS affiliate in Dallas, where she covered numerous breaking news events, including the Space Shuttle Columbia disaster. She also served as a freelance correspondent for E! Entertainment Television during the 2003 California gubernatorial election. Nguyen began her career as a morning anchor and reporter at KWTX-TV, the CBS affiliate in Waco, Texas.

In 2015, Nguyen was inducted into the Asian Hall of Fame. The Smithsonian Institute honored Nguyen in 2007 for her work as the first Vietnamese-American to anchor a national television news program in the United States. In 2003, Nguyen won a regional Emmy Award for “Outstanding Noon Newscast” and received an Associated Press Award in 1998 for breaking news coverage.

She is also the co-founder of Help the Hungry, a non-profit organization that provides humanitarian aid to poverty-stricken families.